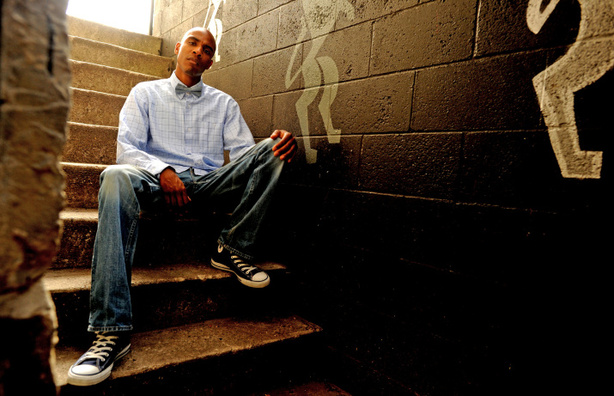 Gregory Allen knows the value of hard work. The 31-year-old Toronto-born clothing designer has been working in the fashion industry since he was 17.

Allen got his start as an apprentice at Trend Custom Tailors, where he learned about bespoke tailoring and the importance of using fine fabrics. Next came a co-op placement at Too Black Guys Inc. (TBG), a well-known streetwear label that has dressed stars from Mary J. Blige to Ice Cube.

In 2005, Allen launched his first collection of high-end men’s shirts. The classically tailored shirts, which feature Allen’s signature embroidery under the collar, have streetwear flair.

For example, a black buttoned-down shirt has Allen’s logo — a small stylized outline of a lion wearing a crown.

It’s embroidered in purple thread on a gingham pocket.

Last year, Allen added a collection of bow ties, which start at $75. Like his shirts, Allen’s bow ties are a sophisticated mix of high-end fashion and streetwear. One features perforated black leather with black and white checkered fabric.

Allen’s pieces are sold at a handful of high-end boutiques, including Gotstyle in Toronto and Three Monkeys in Montreal. There’s also a Gregory Allen Co. store on Sherbourne St., which is part showroom and part studio.

At the Sherbourne store, customers can buy not only ready-to-wear pieces — including ties and pocket squares — they can also order custom-made clothing. Custom shirts start at $225. Custom bow ties start at $125. Custom-made pieces generate about 30 per cent of the company’s revenue, Allen says.

People enjoy the process of creating a custom-made shirt, Allen says. “It’s like a candy store. You come in and pick what you want,” from the buttons to the fabrics.

Regardless of their age, Allen’s customers share a desire to be unique, the designer says. Clothing by the Gregory Allen Co. “is for an individual that likes to be different from the rest,” the designer says. That’s why Allen takes his time to ensure whatever he designs “is going to be something you wouldn’t see regularly, something a little different from the norm.”

Recognition of Allen’s line is growing in fashion circles, thanks in part to his persistence. When he launched the line, he couldn’t afford to hire a publicist.

“I did the cold-calling,” he says. “I called every single magazine and newspaper.”

As his line evolved, that sweat equity began to pay off. His pieces have appeared in several publications including Complex, a men’s fashion and lifestyle magazine, and AskMen.com, a popular Canadian online men’s magazine.

In 2009, Allen was invited to contribute products to The Hour’s “made in Canada” swag lounge, which ran during the Toronto International Film Festival. Celebrities, from Snoop Dogg to Drew Barrymore, had a chance to receive his bow ties. That helped Allen land local media coverage, which contributed to more word-of-mouth business.

As his name grows, Allen’s goals continue to evolve. A few years ago, his short-term goal was to get his pieces into a high-end store. With that accomplished, he is now focused on developing a plan for getting his pieces into boutiques across Canada.

Eventually, he’d like to open Gregory Allen stores in other major Canadian cities. And his vision doesn’t end at the border.

“My goal is to make a great international Canadian brand,” he says. He hopes that like BlackBerry and outerwear company Canada Goose, Gregory Allen becomes a household name both in Canada and abroad.

His strategy for building an international name involves first getting his bow ties and shirts into stores outside Canada. After testing the market, he hopes to open Gregory Allen stores in the United States and Europe.

Expect his namesake stores to carry more than clothing. Allen describes his company as “an innovative luxury lifestyle brand” — and it’s a brand he hopes will expand beyond fashion in the next five to eight years.

He hopes to collaborate with other brands, much like Eddie Bauer teamed up with Ford to create Eddie Bauer Ford vehicles. Eventually, Allen wants his company to sell enough products to furnish an entire house “from the pot to the kettle,” he says.

But he knows expanding into bedding and children’s clothing, among other products, will take a lot of capital. That’s why he hopes to make his name in fashion first and grow from there.

For now, Allen is focused on building his fashion business. While he already sells women’s bow ties, in 2011 he’ll introduce a line of women’s shirts under the Dayana by Gregory Allen label.

Like his menswear, expect his womenswear to reflect the city in which it is designed.

“Toronto is such a multicultural city. I’m able to take things from everyone — all these different lifestyles and different cultures — and put it into my style,” he says. “I have my own sense and feel because of the inspiration I get from this city.” 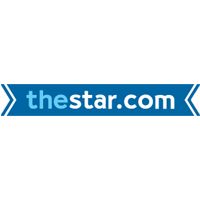