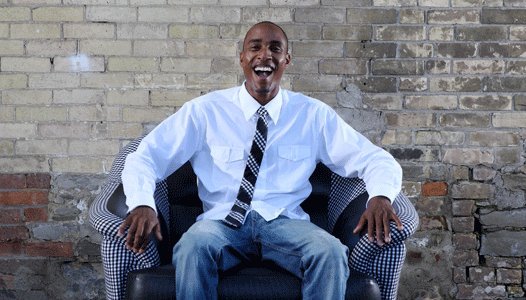 Should Jay-Z join forces with J.Crew to create a menswear line, the unlikely merger would result in the kind of haute-preppy style you can expect from Gregory Allen. The designer’s pieces – love children between the pique golf shirt and the high-top – have as much swagger as they do old-school dash. (Even his slick, take-home boxes – black and glossy and shaped like briefcases – have a gentlemanly allure.) Allen, 30, was inspired as much by Ralph Lauren as he was by Detroit’s Maurice Malone, famous for his provocative fashions that include boxers with hidden condom pockets. “I was always into bright-coloured polos, and never wanted to do hard streetwear,” says Allen, who specializes in shirts only. “I wanted to mix classics with street, and I wanted to create a brand that would last forever.”

Even his name has certain hauteur, the sort of golf set you’d expect to be followed by Esquire. Instead, his name has found its way into his line of button-downs – each enlivened with jazzy details (the embroidered signature on the collar is hand-sewn, buttons are hand- died, and all are tricked-out with epaulettes and embroidered with his be-crowned lion mascot). His trademark touch: cuffs and collars lined with black-and-white gingham – Allen’s take on Burberry plaid. “All my shirts have secrets,” he says, “secret lining in the pockets or gingham inside a pop-up collar” (an aesthetic trope that earned him the nickname “the collar-pimp”).

Now fashioning bow ties and ties, he is also divining a line of sofas and armchairs. The one that sits like a throne in his subterranean studio is upholstered in black-and-white gingham and perforated soft leather. But you’re not confined to this model; Allen will customize your fantasy perch, dressing it in any variety of mens­wear fabrics (pinstripes, checks, plaid). “I
want people to come here and dream. This place is like a little candy shop,” he says with his infectious energy, “you want baby-blue stripes and leather, that’s what you’ll get!”
Shirts start at $180; chairs at $4950.